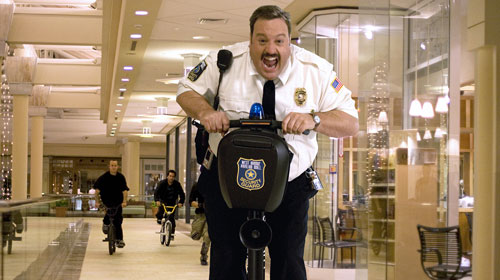 Hey! Hollywood has a bone to pick with you, you filthy customer. It seems that rampant online movie piracy—via BitTorrent, Usenet, streaming, etc.—is responsible for as much as 40 percent of Hollywood’s piracy-related loses. (So, offline, Canal Street-type piracy accounts for 60 percent, I guess.) This isn’t exactly breaking news to us here—I feel like I write 8 million piracy posts a week these days—but because it’s the old gray lady, a whole different set of eyeballs will be exposed the seedy not-so-underground world.

The article primarily focuses on streaming sites, and how they’ve really brought movie piracy to the mainstream. The Times says things like BitTorrent required a “modicum of sophistication,” meaning that it’s beyond the capabilities of Joe Public to go to the PirateBay, type in “mall cop” and download the file. Fair enough, maybe it is. There’s no question that’s it far easier to bookmark a reliable streaming site and wait for the DVD rip to show up.

All of this points to Hollywood’s supposed “Napster moment,” the moment when the music industry died. (I guess Napster killed the music industry, that’s what we’re supposed to believe? I guess iTunes and Amazon MP3 are just figments of my imagination.) If Hollywood doesn’t “win,” however the studios want to define that, it can find itself in the same position as the music industry.

You might as well read the whole thing. It’s not too long, nor does it demand of you the same that sort of attention span that yesterday’s Ars piece.

One thing that really caught my eye was this quote from one of those Forrester Research guys: “Consumers are under the impression that everything they want to watch should be easily streamable.” Yes, those awful consumers, wanting to make their lives a little easier. Never mind that they’d be willing to pay for such a streaming service (Netflix says hi), but the nerve of these people to demand convenience.