Joel over at BoingBoing Gadgets posted his thoughts on his latest vintage electronics find, The Bynamics Desk Director System Six Hundred, which originally sold for nearly $900. 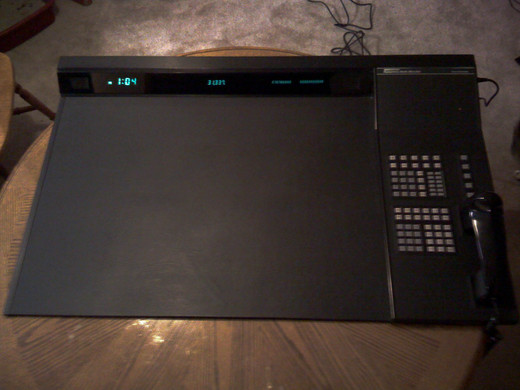 It looks like a calculator, a phone, a volume pedal and a digital clock glued to a piece of cardboard, yet it is a gestalt artifact and somehow seems more important than that. Just what exactly was it a “system” for, though?  I’ll tell you. Obviously, it was a “system” for getting corporate boo-tay back in the 80s. A status marker to symbolize that you made so much dough-re-mi, you could afford to have a $900 phone, that would look good on or off the Death-Star. Clearly it established “Player-ship”, back in the day. End of story.

These days, it’s even cooler than it was during the era of Savings & Loan meltdowns and Joel has done it proud by even putting the little glass of Scotch, exactly where it should be in any corporate situation—smack dab in the middle of things! 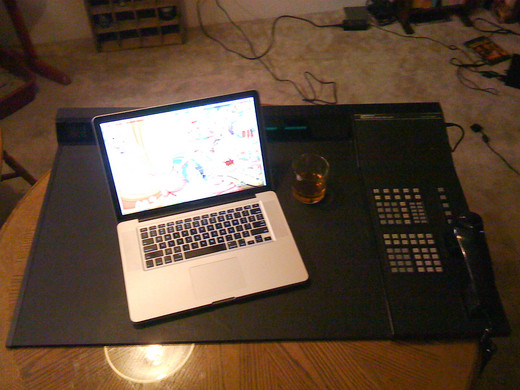