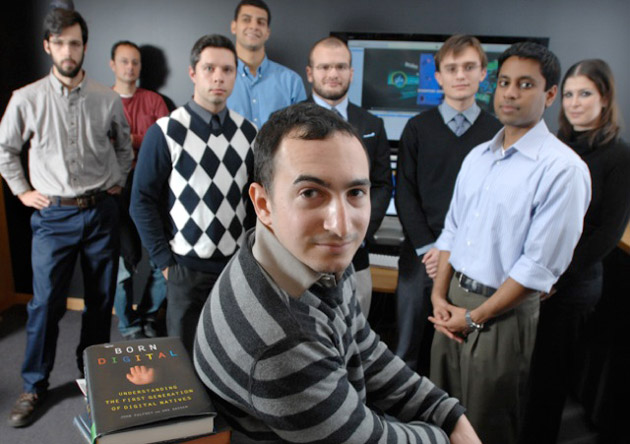 Ars Technica is usually one of the better sites to read if you’re looking for a “serious” take on technology, but its profile of the Harvard Law students working on the RIAA v. Joel Tenenbaum case is in a league of its own. It’s a little on the long side, in this age of Twitter, but well worth the time invested if you’re interested in any of the following topics: the RIAA; music piracy; justice; or a good, old fashioned David v. Goliath story.

If you’re not aware, the RIAA is suing Joel Tenenbaum because, the cartel claims, he illegally downloaded a bunch of songs some time ago. Fair enough. What makes his case different from all the others is that his defense is the subject of a for-credit class at Harvard Law School, overseen by one Prof. Charles Nesson. The students in the class, the ones profiled by Ars Technica today, draw up legal arguments as to why the RIAA has gone overboard in its pursuit of damages, that the RIAA is clearly not acting here to “educate” would-be music pirates, and so on. The students are trying to clear Tenebaum’s good name, while drawing attention to the RIAA’s heavy handed tactics. To that end, the students are trying to convince the presiding judge to allow them to broadcast the trial online; the RIAA object to this.

(If there’s one thing in the profile that annoyed me, it’s this line: “While arguments may be the key issue in court, the students haven’t been content to make their case only to the judge. Harvard Law student Debbie Rosenbaum is heading up media relations, and she’s doing a shockingly effective job.” Then it goes on to describe how she’s set up a Twitter feed and a blog. My concern: what is so shocking about a Twitter feed and a blog? The Blitz, now that was shocking.)

You’ll note that the law students aren’t trying fight “The Man” or anything, but rather are trying to seek justice, which is sort of novel.

So, again, if you’ve got a few minutes today you’d do well to read the whole profile. It’s a better use of your time than, say, playing one of those silly Flash games that are so popular.