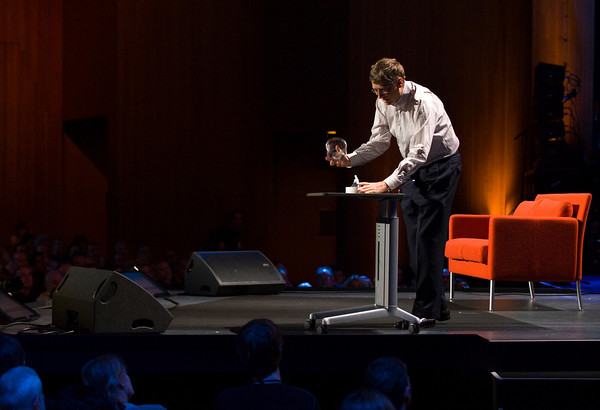 I’ve seen some very interesting TED talks — this one by Michael Shermer comes to mind — but I think this most recent one by Bill Gates is going to be the one to remember. After all, he let loose thousands upon thousands of real live mosquitoes into the audience. The talk was on malaria and the spread of disease, and for emphasis, he unleashed Florida’s state bird on the theater, saying “Not only poor people should experience this.”

How awesome is that? It’s a bug and a feature!

Update: The TED blog is ambiguous over whether the mosquitos were released or only pretend released. I’m going with actually released, since it appears to just be a jar of several hundred. He could take care of that himself, he’s got the moves.