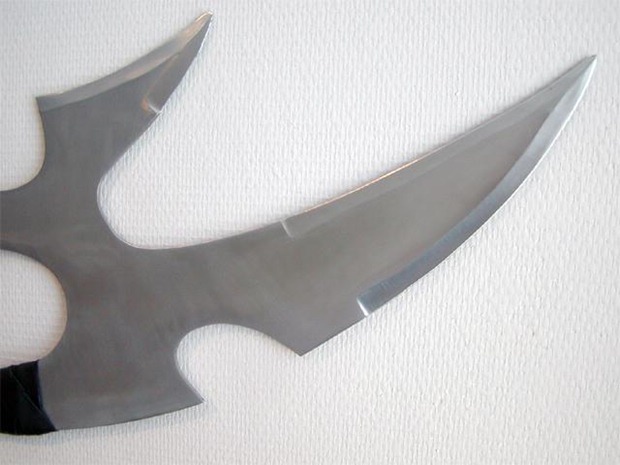 If you live near Colorado Springs, take warning as a masked man armed with a Klingon “Batleth” (above photo) robbed two 7-Eleven stores in a row earlier this morning.

The Klingon was wearing human-like clothes: “black jacket, blue jeans and wearing a black mask,” according to Denver’s 7 News. He successfully robbed a 7-Eleven at 1:50 AM and was foiled in his attempt to rob a second store approximately thirty minutes later after the clerk refused to give him any money.

Thankfully, both of the clerks were unharmed.