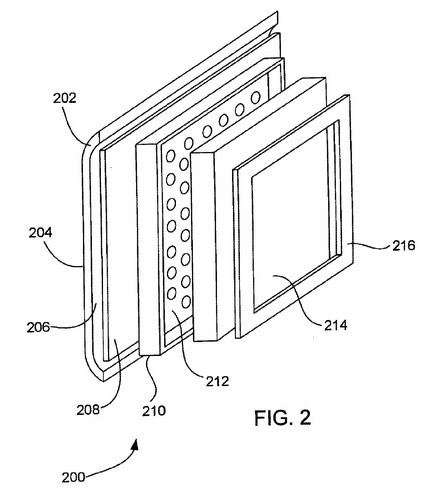 What’s this, yet another patent filing that may or may not turn into anything? But, but! It’s from Apple, so let’s all gather ’round the electronic campfire and discuss the implications, together! A “Display Housing for Computing Device,” or, in English, it’s a possible Apple tablet. Or, maybe, it’s merely a fancy laptop case, like the kind currently found in the unibody MacBook? That’s the great thing about discovering patents: no one knows a damn thing what they mean, so you’re free to speculate till you’re blue in the face.

What is it, exactly, this mysterious “Display Housing for Computing Device”?

Engadget says this could merely describe the unibody MacBook; Gizmodo says it could mean that Apple is experimenting with miniaturization; Arrington claimed that a Mac tablet was on the way late last year. Head spinning, whom to believe?

Patents are the new Rorschach test.