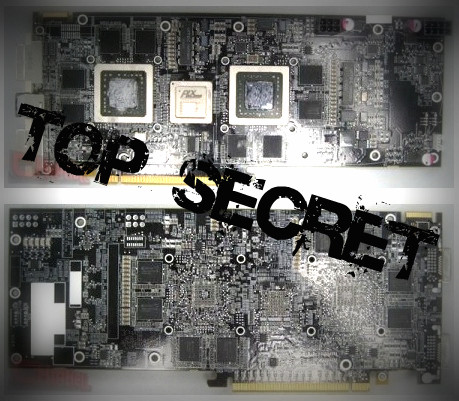 AMD has entirely too much on its hands right now and too much inventory to go through, so the likelihood of an entirely new line of video cards coming out in stealth mode is pretty small. Of course, that doesn’t mean they don’t have new stuff coming down the line eventually. NVIDIA has been dropping revisions of the 2XX line recently, and if AMD doesn’t respond soon they’ll be in even deeper doo than they are now.

A Dutch retailer did briefly list a 5870 X2 in inventory, specifically a Radeon HD5870X2. It seems more likely that a 58XX card will be an entirely new die and core and support DirectX 11, rather than show the refresh specs this mysterious product seems to offer. Perhaps it’s the Radeon HD4995 people have been expecting, which should recapture the top performance spot from NVIDIA? Nobody knows. Meanwhile, here are the specs, from Guru3d: