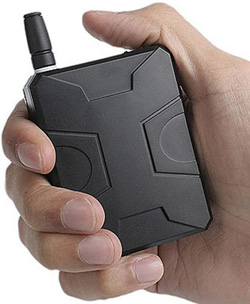 President Obama’s inauguration last month has brought cellphone jamming technology into the limelight, if that’s the word to use, once again. The Washington Post reports that Federal authorities were jamming cellphones left and right for the duration of the event, and now state and local authorities want to be grated the same leeway. As you probably know, cellphone jamming is highly illegal unless you’re the Feds with a special waiver.

The technology now mainly consists of sending a “barrage of energy that drowns out signals across multiple bands;” the police can also “scan and jam,” which seeks out suspicious signals rather than jamming everyone’s phone altogether.

Obviously you don’t want people jamming cellphones willy nilly, tempting as it may be to do on the 7 train while in Queens, because, you know, what if the one-in-a-million happens and you’re in a legitimate emergency? Less cut and dry: should state and local law enforcement be allowed to jam cellphones without having to a special permission. That is, should police on the street be equipped with jammers that they’d be able to use at their discretion? As pro-cop as I am, I don’t know if I want a couple of 23-year-old rookies with the ability to jam cellphones while they’re patrolling. That seems like that’d be ripe for abuse, no?