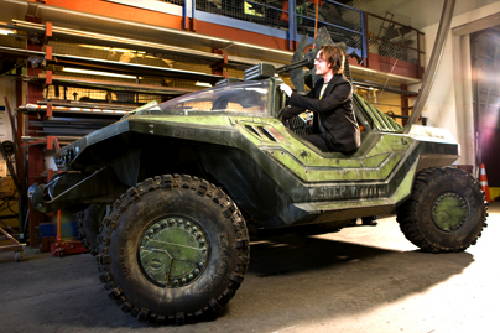 Once upon a time there was to be a Halo movie and a working Warthog was made for the feature film. Best of all was that this prop wasn’t just a rolling chassis but in fact, is as close to the real thing as possible. The entire project was built on a Nissan Patrol 4×4 truck platform.  OXM’s Alistair Wallis got a little playtime behind the wheel after being suited up in Marine cos-play and came away awful impressed at the amount of fun it is. 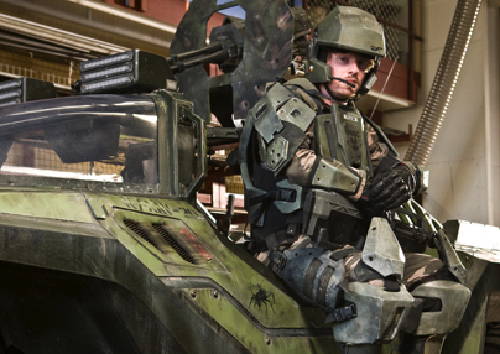 This Warthog even has the game’s four wheel steer and drive system in place. However, the suspensions isn’t independent so it might not be able to take all the wicked abuse that the video game counter part was known for. Still this Warthog is a formidable off-roading machine. We’re just wondering what country will be the first to order up a round for military use?