Somewhere, somebody wished upon a star, and tonight that wish was granted. Nikon has updated its lineup of non-SLR digitals, and they’re looking… Nikon-y. No really big surprises here but if you’re in the market, you should certainly take a close look at the features and price points. I’m going to skip the uninteresting “modes” and smile detection gimmicks which, to be honest, we wish weren’t even included. 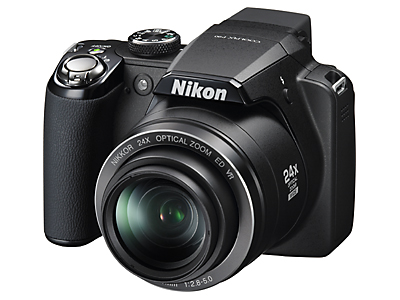 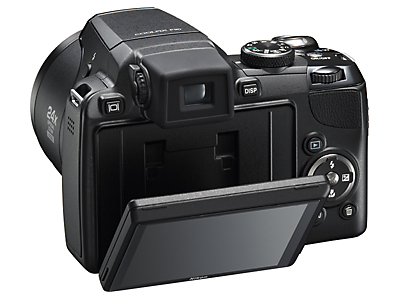 The P90 (not to be convinced with the D90, or the gun) is the new megazoom. With a monstrous 24x optical zoom, it has a 26-624mm equivalent zoom range. Of course, at that range the image will shake like a dead leaf, so it’s got vibration reduction up the yin-yang. It’s got a nice tiltable 3-inch LCD screen, and the sensor has 12.1 megapixels.

It’ll shoot up to 15 fps (not 30; it’s a feature, not a shortcoming!) and has an interesting feature in which it will take 10 shots in a row and then keep just the sharpest one. Good for low-light non-flash portraits, when the timing doesn’t matter. I do this myself with my DSLR’s rapid fire. Glad to see a feature worth using. They call it the Best Shot Selector, or BSS. 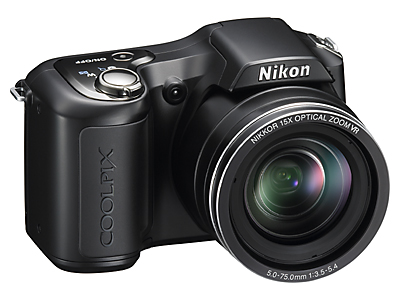 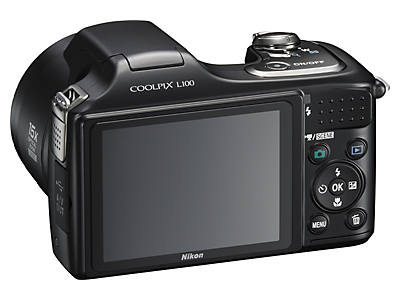 Technically part of the L series of point-and-shoots, the L100 is the standout, mainly because of its freaky form factor. It’s a lot like the P90 but less so, with a more restrained 15x optical zoom but most of the same features. Interestingly, though it only shoots 13 fps in its rapid fire mode, it will record 30 fps video if you set it to 3 megapixels or less. There has to be a better way of making that happen; maybe it’s easy in-camera but they don’t make it sound like it.

It’s 10 megapixels, which won’t be much of a loss against the P90, and also has a 3″ LCD, though it isn’t posable. It costs $280, which makes it a way better deal than the P90, in my opinion, but if you’re going to spend that much for something bulky and weird, why not go all the way and get a DSLR?