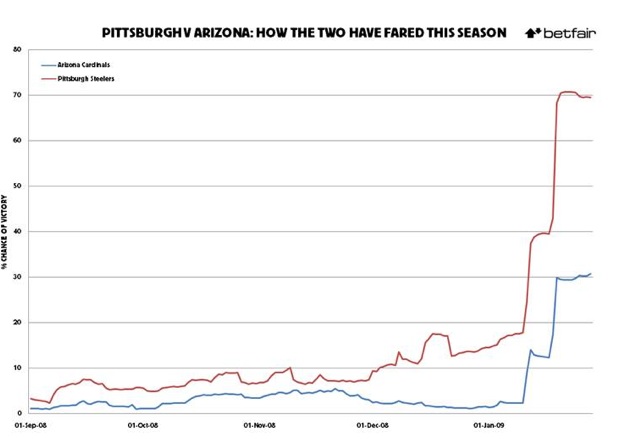 Betting markets like Betfair’s are a form of prediction market, so it looks like it is the Steeler’s game to lose. Then again, what do Brits know about American football? U.S. residents cannot legally bet on Betfair, which is based in London.

Update: The Steelers won, but just barely. MVP went to Santonio Holmes, who caught the winning touchdown with 35 seconds left in the game.