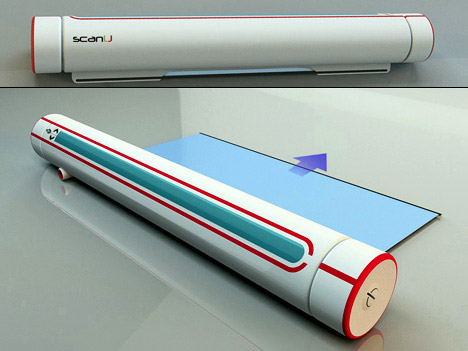 This is a scanner. It may not look like one, and, technically, it’s not even real, but it’s a scanner. Promise.

Unlike the typical stand-alone scanner (or combo unit), this scanner concept is quite small. Pocket-sized, even. In its smallest state, it looks like one of those long tubes that posters come in. The scanner bed rolls out like aluminum foil or like a Bowflex.

That’s about it. It’s a neat concept, I think I can say. Hats off to its designer, one Ashish Chaudhary, who, presumably isn’t the Bollywood movie star of the same name.