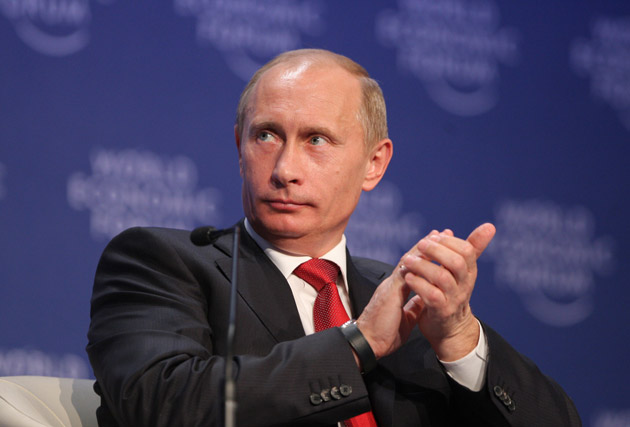 Oh, it’s on! It seems Russian Prime Minister Putin got into a huge fight with Michael Dell yesterday at the Davos World Economic Forum, which is where world leaders plan their screwing over of the little guy while eating like princes. (So I hear.) Right, so Putin gave a speech talking about lots of stuff, including the current state of technology in Russia. Then Michael Dell opened his big mouth.

Dell wanted to know “how we can help you,” “we” presumably meaning the West, generally, and Dell, specifically. This is how Putin responded:

We don’t need help. We are not invalids. We don’t have limited mental capacity.

The prime minister then went on to say how Russian scientists are more known for their software than hardware. That is to say, anyone can slap together some East Asian-mande parts together to make a PC; it takes legitimate talent to design proper software.

At least Putin didn’t get a shoe thrown at him!