I’m not a big fan of point and shoot cameras so when I saw the Canon G9 favorably compared to a Leica (AS IF!) I just had to get my hands on the G10.

The 14-megapixel, $485 G10 is a beefy point and shoot clad in mostly black, military grade plastic and metal. It is truly a beast. Whereas most point and shoots resemble robot fewmets the G10 looks like it could survive a few adventures in the outback. All of the knobs are heartily knurled and the ports are protected by spring-loaded flaps. If anything, it looks like a super-Leica.

How does it handle? Not bad at all. One of my biggest problems with standard point and shoots is the lag between the button press and the image acquisition. Did you ever wonder why all those pictures at weddings and parties feature five people staring straight at the camera in a rictus of joy? It’s because, like the old-timey photographers, whoever was taking the picture took one picture and then asked everyone to sit still and then took the picture again. The results are about as natural as those Civil War-era pictures of stout farmers sitting in heavy chairs. The G10, however, has less shutter lag than you’d expect, although it’s not completely absent.

I was pleasantly surprised by the manual controls – there’s an ISO knob under the scene mode knob and a rear scroll wheel and menu keys allows you to pick either manual or automatic modes. You can feasibly leave this camera in automatic or scene mode and be happy. Your shots will come out well on the aggregate. However, once you try to play with some settings you might get into a little trouble, so experiment with caution. 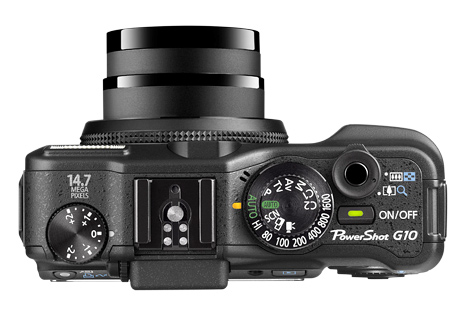 The 28-135mm lens makes for a good zoom – up to 5X – but in low light without flash you’re going to get some grain. It’s not excellent for low light or action shots. It’s good for nice, wide still shots which makes it a nice rugged outdoor camera.

If you simply must take shots of your kids, there are plenty of fun modes to choose from. You have your basics (Sunset, Beach, Fireworks, Aquarium) as well as a Stitch Assist mode for panoramic pictures and fun Color Accent and Color Swap modes to make odd colors pop on the screen. The 3-inch screen is big and bright but, sadly, the viewfinder is pretty rough and almost unusable. 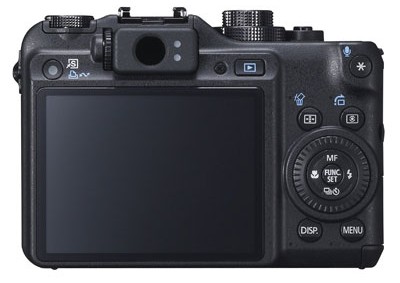 On the whole, however, I would recommend this camera for the amateur who wants to take some serious outdoor or posed/still shots. A DSLR is always better but this is considerably smaller than most DSLRs and it’s quite feature-packed. Is it great for a night out on the town? Probably not simply because of the size and the low-light issues. It is, however, one of the best point and shoots I’ve ever tested and that says a lot considering my righteous anger towards the point and shoot market.

Oh, and incidentally? No, this isn’t as good as a Leica M8. They are two absolutely different cameras.
Product Page 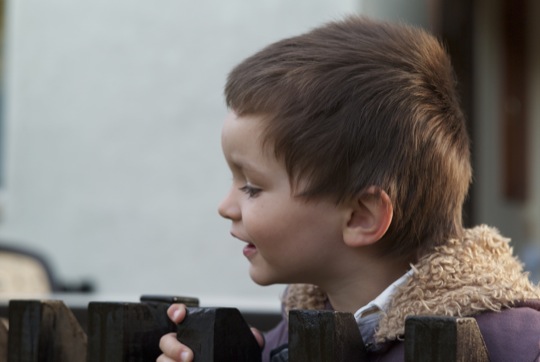