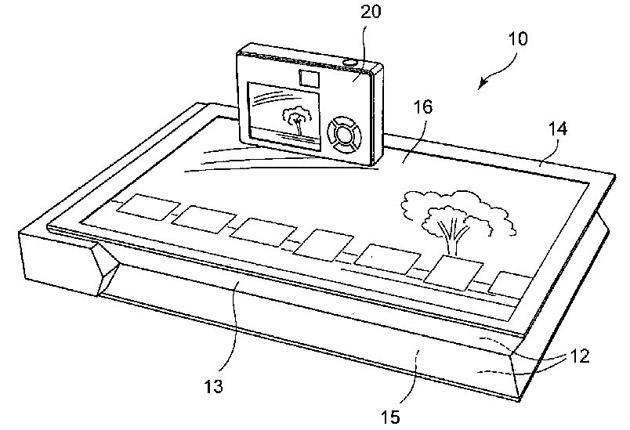 Some clever detective work has unearthed this Sony patent, which seems to combine a large touchscreen (à la the Microsoft Surface or iTable) with a printer. Put your digital camera on top and, yes, your photos print out. It must be magic.

The patent’s name, “Image forming device, having an ejection tray,” and a display is mounted to a cover, or IFDHAETAADISIMTAC, is one of those rare gems that actually describes its functionality. You’re able to either view the photos on the large touchscreen, or, if you’re so inclined, can print them out the side using the device’s built-in printer. It’s like having a Kinkos from Minority Report right in your office. Well, if it were real.