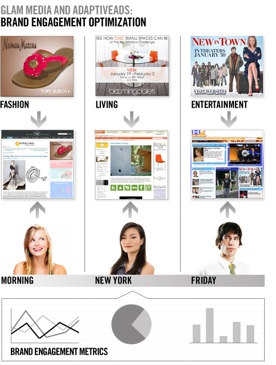 Glam Media has acquired AdaptiveAds, a startup based in Mumbai, India that serves display ads targetable by the demographic characteristics brand advertisers understand (such as “Women 24-40, Fashionista, Beauty”). It calls its contextual display ads BrandWords. They will now be called Glam AdaptAds.

In addition to the ad targeting, AdaptiveAds brings a self-serve ad server for ad agencies, as well as “brand engagement” tracking and reporting tools.

The purchase price was not disclosed, but AdaptiveAd was shopping around a series B round with a valuation in the $25 million to $40 million range when Glam entered the picture and snapped them up. The three-year old company raised $2 million in late 2007, and then another $1.5 million in a series A, for a total of $3.5 million. Draper Fisher Jurvetson is an investor in both AdaptiveAds and Glam Media.

With the acquisition, Glam will be keeping 20 employees, bringing its total up to 200. This comes after layoffs and other recent cutbacks. Also, in an effort to conserve cash, Glam has slowed down payments to its partner publishing sites. 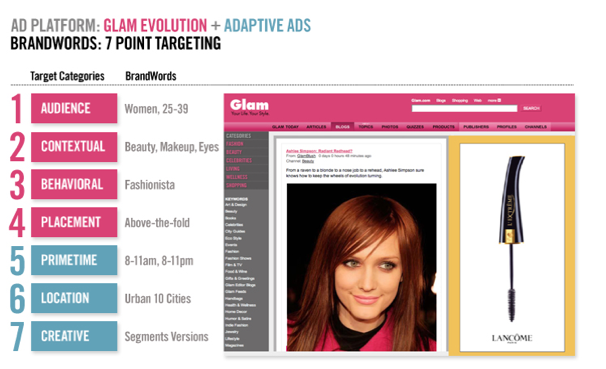