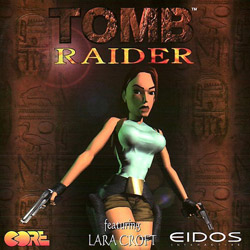 It has come to our attention that creatively bankrupt Hollywood has decided to make another Tomb Raider movie. All of us here at CrunchGear—we stay crunchy, even in milk—think this is just another example of Hollywood admitting that, not only has it run out of ideas, but that it has no problem tarnishing the image of its forebears. (See the upcoming Pink Panther 2 the most revolting example.) So, Hollywood, if you’re reading—why wouldn’t it be?—please, pretty please, reconsider.

The word today is that Warner Bros. has teamed up with one Dan Lin, who’s a producer whose credits (though in a different role) include 10,000 BC (which stunk) and The Departed (which wasn’t too bad, actually), to draw up plans for another movie based on Tomb Raider. The only problem with this is that, well, the other Tomb Raider movies stunk, and the video game series hasn’t been “hot,” I think it’s safe to say, since the late 1990s. (Is it me, or did the series begin, and peak, with the original Tomb Raider?) In fact, the only way to breathe life into the franchise is to retroactively release the Nude Raider code for all the games. That’ll get a buzz going again.

It’s not that we have no faith that the movie will be a smash hit, defined in terms of box office success (Mall Cop is the top movie in America, for Pete’s sake), it’s just that we think it’ll be absolute rubbish, and that Warner Bros. would be better off investing all that money and labor into something with a future, like the American auto industry.