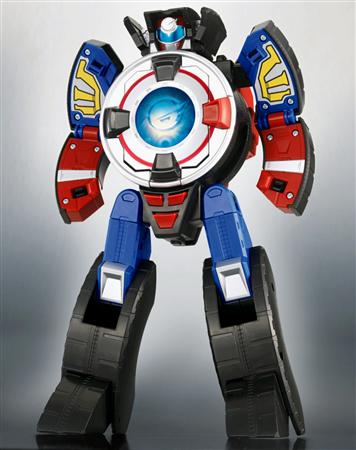 A small robot sold by Japanese toy giant Bandai is reportedly not the safest toy you would want to give to your kids. The company received complaints from a total of 85 parents in Nippon.

In 14 cases, kids appear to have been hurt because they got their fingers caught in the robot. Some Japanese media are reporting that a 3-year old boy lost the tip of his pinky.

The toy is based on the Engine Sentai Go-onger TV series, which is quite popular over here. It can be used as a robot but also be transformed into an armored vehicle.