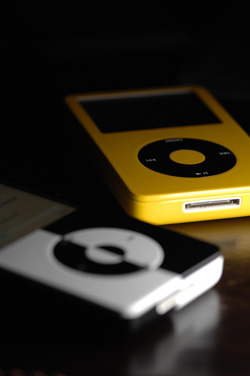 As I said on the podcast earlier this afternoon, the U.S. military has retrieved that MP3 player that was loaded with sensitive information. The guy who bought the player made out pretty well: the U.S. embassy there gave him a shiny, new MP3 player in exchange for the old one. Best $10 he’s ever spent? Could be.

So it seems like it was a low key exchange. The man, 29-year-old Chris Ogle, bought the MP3 player in Oklahoma last week while on vacation. He discovered the military documents on the player, then the embassy contacted him. Again, Ogle didn’t pull some childish “I bought this drive, everything on it is mine!” Nope, Uncle Sam cam a-knockin’ and Ogle handed it over.

This must be a sign of Obama’s new, tempered foreign policy. Were Bush still in charge, he’d have ordered Blackhawks to destroy Wellington. (Hah! Get it? It’s an unnecessary political joke! Be sure to tip your waitress!)