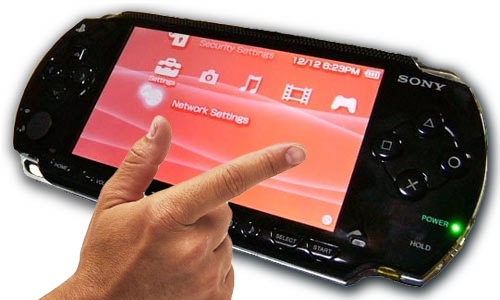 The various iterations of the PSP have seen success, perceived as only modest success due to the runaway sales of the DS. The PSP 3000 actually had some real changes in it, not unlike the DSi, but some think that a more radical reinvention of Sony’s underappreciated handheld is in the cards.

IGN has it from “several credible sources” (aren’t they all?) that the new PSP will feature a widescreen, multi-touch capable touchscreen. There has to be a better way of saying that. A wide multi-touch screen. Moving on — that would make some sense, as Sony ganked the Wii’s motion controls right away and perhaps now feels it’s time to ape the DS and iPhone.

It’s all very speculative, of course, but it’s fun to think about. A 3G-enabled handheld game console with a multi-touch screen… there may be some legal issues with Apple.