Short Version: We take a close look at four NAVIGON GPS units that are overpriced but still capable PND. Click on for a review of the 2000S, 2200T, 7200T and 8100T personal navigation devices.

Judging by these NAVIGON units, the company is a budget GPS maker trying its hardest to break into the game with the big boys. These four GPS units show that they are almost there but have a tad bit more work before they can be serious contenders in the overcrowded market. Still, the Navigon Map display is great and is the reason I like most of these GPS units a lot.

The 2000S is the budget model in the lineup and can be had for less than 100 bones from online retailers. Truth be told, I would buy this model for myself and my mom. It doesn’t have Bluetooth or speak recognition, but the mapping is solid and the matte black bezel is pleasant. The unit is sluggish however, not only in navigating the menus, but also in acquiring satellites. It will sometimes take 4-5 minutes to lock onto your position. Thankfully though, the navigation works well. It gets you from point A to point B without fuss or excuses. 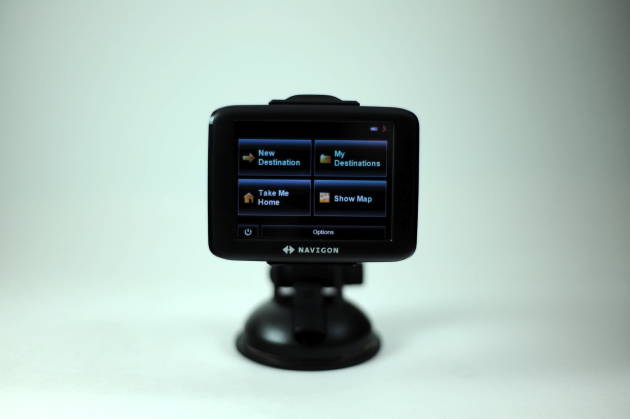 The 2000S does come loaded a bunch of destinations; not a lot though. Missing from the database is car repair locations which would have came in handy at least once for me. Most locations are present though. After all, this is a $99 GPS unit. 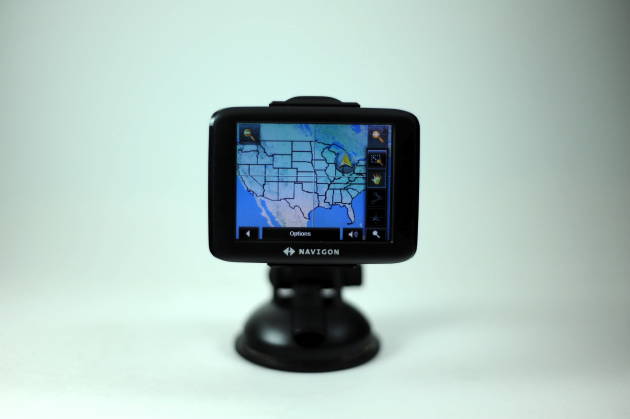 The best part is the map display though. Said maps are labeled and colored just like real paper maps which is stellar for Eagle Scouts like myself. I hate how some GPS units throw-out decades-old labeling schemes for a cartoonish display. The entire Navigon lineup all sport these great maps and are the saving grace in my mind.

This is budget unit which is clearly present from the time you switch the unit on, but the 2000S is my favorite unit out of the bunch. It’s cheap but it works well.

The 2200T is a step-up from the basic 2000S. Physically, it’s the same size but the 3.5-inch screen and bezel are glossy. I hate it. The glossy finish is a glare magnet and is the exact opposite of what I want on my windshield. But, the upgrade gets you free traffic updates and Zagat restaurant ratings. Everything else is the same as the 2000S but I’m not sold on this model.

I never did get the traffic to work right. Keep in mind this isn’t the Dash-like traffic that updates on the fly using real-time congestion info. It reads traffic warnings from radio waves and informs the user of the situation. It never worked for me.

Maybe the glossy look doesn’t bother you as much as it does me. If that’s the case, this model can be had for $129 online.

The 7200T seems to be Navigon’s mainstream model. The screen is a 4.3-inch touchscreen covered with a plastic shield. The casing is a tad thicker, and the speaker a bit clearer. Bluetooth calling has been added, along with voice destination input. But, it seems this big boy runs on the same sluggish CPU and GPS that the budget 2000S does.

The Bluetooth calling works well and it easily lets you add your phone’s contacts to the unit. NAVIGON even has an app, dubbed, Sync, that lets you upload your Outlook Contacts via a PC. I used the Bluetooth calling app a few times but the 7200T doesn’t reliably connect to the phone via Bluetooth so it’s kind of a pain. 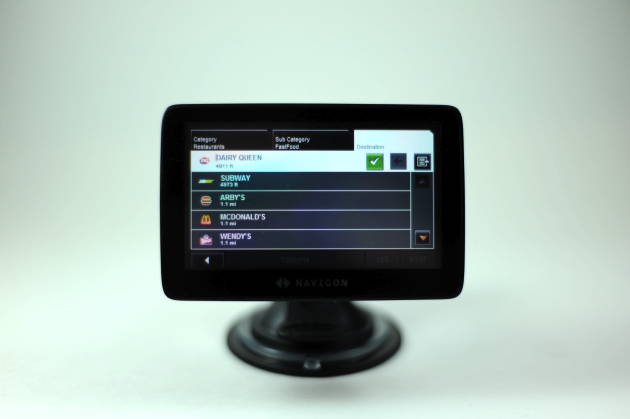 This PND is a tad slow. The GPS takes a while to acquire and the menu has lag between user input, but once again, the maps save the day. The widescreen display works great with the 3D map view. The street names are clear and are easy to read. At $249-$299 online, it seems a bit overpriced. That price range can net you a mid-level Garmin or TomTom which are a tad more polished than this unit. Still, the mapping is solid and the unit is reliable.

Highly recommended around $200 but not so much at a higher price. 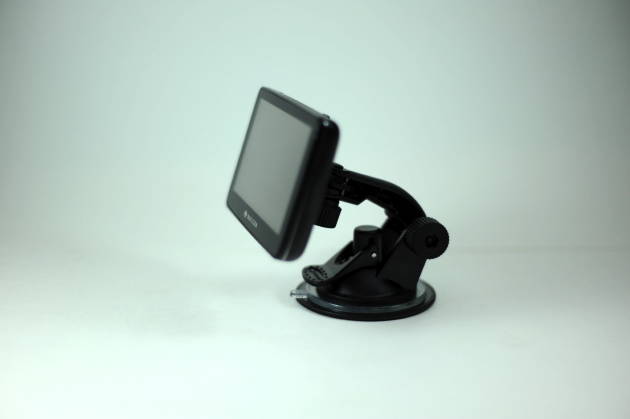 This is the mack daddy of the NAVIGON line, but I would spend a dime on it. In fact, I would venture to say that Navigon pushed this unit out of the engineering office a tad too early as it’s filled with flaws.

One: Every NAVIGON PND I tested displayed street names in 3D mode expect for this one. The sad thing is that the 4.8-inch screen has more than enough real estate to display ’em too. The company claims they couldn’t get the street names to display properly but I call BS. It seems like a gross oversight and I testing this GPS because of this reason.

Two: The display needs constant recalibration. The 8100T seems to reset after the battery dips and some of the settings reset. The display calibration is one of those settings.

Three: Some text isn’t centered within boxes. How did this pass QC?

Four: The mount is huge! I have never seen a GPS mount this large. It’s massive. Fortunately, my Dodge Magnum’s windshield is long enough that it works fine but I worry about a smaller car.

Five: The mount snapped like a cheap Chinese toy, leaving the GPS homeless and useless. 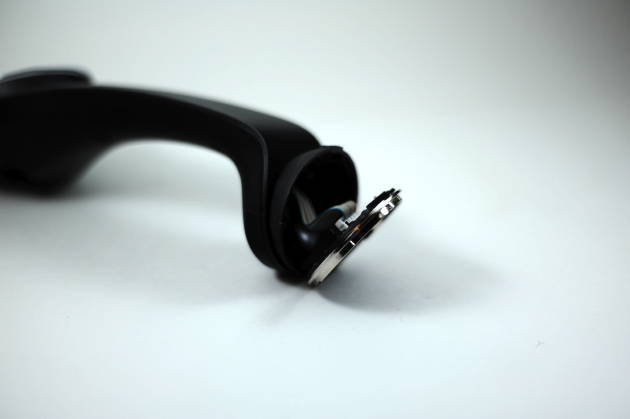