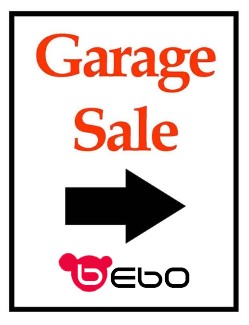 I didn’t quite believe it when one of my most trusted sources told me that AOL was seriously considering selling Bebo, the social network it acquired for $850 million only a year ago. But I have now confirmed the rumor with three other sources intimately acquainted with the company. AOL is indeed quietly pondering a sale after watching Bebo perform much worse than it had hoped. That, combined with an advertising market buffeted by the waves of the economic downturn, means Bebo’s days at AOL could be numbered. Selling Bebo after only a year would be an astounding about-face. How did this happen?

[UPDATES: As a result of this story, more sources are coming forward. One I trust says Bebo is being pitched at $200 million. Update 2: Sources inside AOL are denying that it is exploring a sale. Bebo also denies a sale. Update 3: We have been in contact with corp communications at AOL, they say on the record: “There is no truth to this rumor.” Four of our sources, including former and current Bebo insiders and a well-placed VC, say otherwise. Last December Gigam published “Is Time Warner Having Second Thoughts About Bebo?”. I’m not saying Bebo is formally on the block, but I am saying that a sale is something under consideration].

My sources paint a picture of a startup which cleverly went about wooing advertising agencies, their clients, and – in the end – a media company that was prepared to jump on the social networking bandwagon during late 2007. There is absolutely no suggestion that anyone was dishonest or misrepresented the situation. But a year on it’s clear that AOL itself projected more growth onto Bebo that the network could deliver.

Here’s the scenario my sources paint as to why Bebo may now be for sale.

The story starts two years ago in January 15 2007. Bebo is riding a wave of growth and to control this and pitch the company in the right direction, founders Michael And Xochi Birch hire Joanna Shields, managing director of strategic partnerships for Google EMEA, as international President, based in London.

You have to cast your mind back to that era. Social networking was still a very new phenomenon, especially in the mainstream media. Facebook had only just opened up in the six months prior. Selling social networks as media platforms was a new field. What advertising agencies wanted was someone to explain to them, in simple terms, where the value lay. And that’s exactly what Shields did.

As one of my sources says: “Shields was extremely really good at getting the slightly dim media buying agencies to automatically tell their clients that they just had to be on Bebo.”

It would be fair to say that many advertising agencies then – and even to some extent even now – don’t have a clue about the Web.

A senior media planner at a major agency spoke to me on the condition of anonymity. She confirmed that Bebo’s 2007 offensive on the agencies was planned with military precision: “Among all the social networks that pitched to us at the time Bebo had the best packages and approach to sell to agencies. It was VERY easy to buy from them. Joanna’s approach was excellent. Her experience was evident. When they presented the packages it was presented as a one-stop shop.”

Media agencies found other social networks at the time far more complex to deal with. But “dealing with Bebo was very similar to traditional online buys. They got into agencies easily because of that. They just pitched exactly what you wanted to hear: audience, growth, traffic, costs, and branding/textlinks packages. Simple.”

By the time other social networks came calling at the agencies’ doors, Bebo had almost sown up the market.

But in particular, Bebo did very well targeting the completely Web-clueless TV planning agencies, largely responsible for buying TV shows, not running the ROI numbers on a PPC web campaign.

Bebo was pitched as a kind of new-era TV network. The creation of the Kate Modern series. The partnership with media companies. All of it was cleverly designed to pull fat, undiscriminating ad budgets out of TV agencies.

In fact, it’s almost arguable that hit Web shows like Kate Modern were created specifically to target these agencies and generate PR in the media, prior to the sale. As a media agency source tells me £100,000 is nothing in TV. “Communication planners have big budgets for this kind of TV-style buying – it’s easy to justify to clients.”

Bebo also found a way to spin off its shows to traditional TV. Bebo’s “Sofia’s Diary” drama, for instance, was acquired by Channel Five in April last year.

Thus, once the agencies had been coaxed into singing the praises of Bebo to clients, brands started to join in with the choir. The bandwagon started rolling. Bebo went on a media-savvy PR offensive the like of which has rarely been seen from a tech startup.

However, in 2009, in an advertising recession, all is not working so well. Digital agencies – not TV planners – have since found that Bebo has not been performing anywhere near the ROI level it was pitched at a year ago. Apparently the dwell time in particular is not as good as first thought, and the young demographic has not proved valuable.

Should Bebo be blamed? My agency contact thinks not. “I don’t blame Bebo as much as the agencies who don’t know how to engage with Bebo users, and made bad decisions. We are now moving away from a walled garden in social networks anyway. You don’t just have to be on one social network in the way we thought we did two years ago.”

They say: “Bebo was great at the time but now we are disappointed because socnets [social networks]are not about sending loads of traffic to a profile page. At the time it was fine, but people are now disappointed. You don’t get ‘friended’ much as a brand. It’s not just about being inside one socnet but about being everywhere.”

Furthermore, the fallout from the Bebo sale amongst the VCs who backed other social networks has also been tough to take. Although Balderton made $140m from the Bebo sale, I understand Index Ventures, which backed European social network Netlog to the tune of €5 million was not best pleased when Bebo was picked instead. Netlog has plenty of figures to match or even better Bebo, but it was Bebo that AOL picked, not Netlog. And my sources say it is largely because of the stellar performance Shields gave to the media agencies, and thus their brand clients.

And AOL has not handled Bebo well since either. Its integration of Bebo with the AIM/ICQ instant messaging platform has happened, but the advertising sales opportunity that this would imply has not been properly executed. The wider integration – Bebo’s Social InBox – only appeared in December and is only now being sold into agencies. Meanwhile ComScore has Bebo at 22.6 million uniques worldwide in December, down from 25.8m in October.

Now, no one is saying that Bebo lied about its figures. It’s merely that the people who were singing its praises just prior to the sale – the agencies, the media and the brands – did not have any kind of handle on Bebo’s key metrics like dwell time, engagement, demographics, you name it. So effectively AOL bought it for its agency and brand relationships, not the metrics, thinking that the metrics would get sorted out by Bebo’s growth.

And let’s not forget that many thought this was a good buy for AOL. Fred Destin, a VC with Atlas, blogged that AOL was not overpaying in its acquisition of Bebo. At the time he blogged: “Bebo is well worth what it got bought for both because of its current scale and more importantly because of the incredible quality of its user engagement.” He estimated monthly revenue €6 million per month which could hit €50M per month if fully maximized, which could reach €300M. It’s fair to say those figures are not now going to be reached.

So, if Bebo is for sale, how much would it go for? My sources say AOL would be happy with two-times revenue which would be a huge reduction on the $850m AOL paid. But as one of my sources says “In those crazy days these were numbers that bared no relevance to revenue.”

A more obvious reason AOL is contemplating a Bebo sale is that its main business model has clearly switched to niche editorial sites, not social networks. Niche editorial is a direct driver for decent relationships with advertisers to offer close conversation with a core user group. It means you need to be really good at managing a portfolio of niches across a broad spectrum.

This month AOL launched MediaGlow, a formal business unit to organize the 75 sites in its publishing portfolio, which will grow to over 100 in the coming year.

The unit will join AOL’s digital-advertising offering and Platform-A and the AIM instant-messaging service, as the company’s third core business. AOL says its social-media unit will also be a part of that. But will Bebo?

My sources say not.