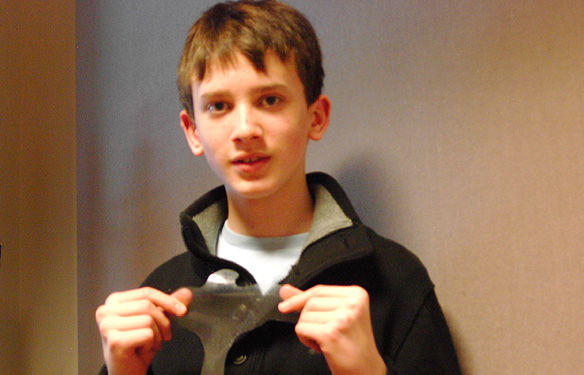 Charlie Sobcov, an eight grader from Canada fell in love with birds on a trip to Costa Rica four years ago. He learned about decreasing bird populations due to global warming and another killer: windows. He found out that 500 million birds are killed by impact with windows annually in the US, Canada and Mexico.

He researched bird vision and learned that they can see ultraviolet light, something we can’t. He then developed a decal in the shape of a flying falcon to stop birds from flying into windows. The decal is covered in fluorescent ultraviolet paint that makes it invisible to humans but visible to birds.

He has already tested it with 40 volunteers from around his city. When asked if he would make and sell it as a product, he said that he’ll consider it once he turns in the science fair project due February.