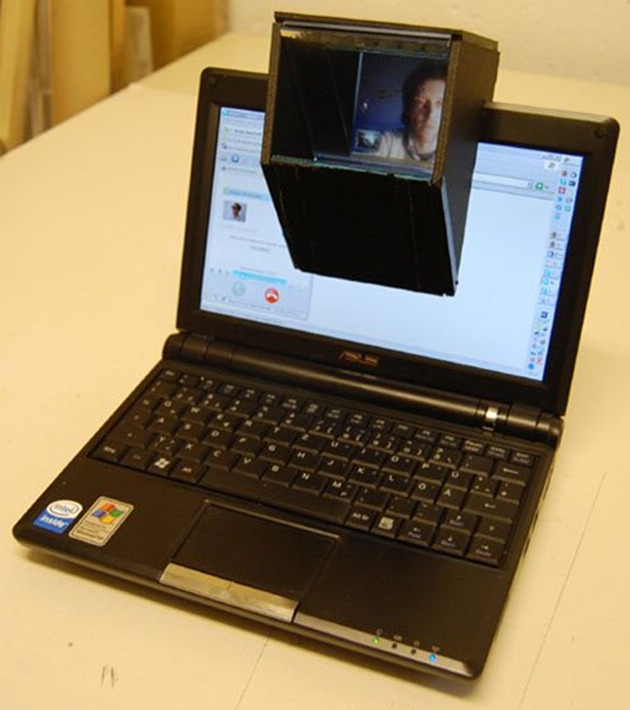 Certain things make me uncomfortable. Other people’s laundry, for one — even if it’s clean. Don’t ask me why, it’s just unnerving. Video conferencing is less creepy than laundry, but the fact that the person on the other end always seems to be staring off into the distance and/or down at the ground gets a little awkward after a while.

For that, there’s this low-tech solution consisting of a mirror, some glass, and some cardboard. The creator of the apparatus, Aram Bartholl of Germany, has left us to figure out how to build it ourselves but has provided plenty of photos on Flickr to get everyone started. He calls the project “Here is looking at you, Kid” which we’ll all assume is a contraction-less version of the famous Humphrey Bogart line.

Once complete, you’ll basically have yourself a little box that fits over your webcam allowing you to look the person on the other end straight in the eye. That is, of course, assuming that person has built a similar apparatus. If you’re not feeling up to the challenge and you have a little money to burn, a commenter over on Make.com pointed out that there’s a similar commercially-available product, which goes for $50 to $60.