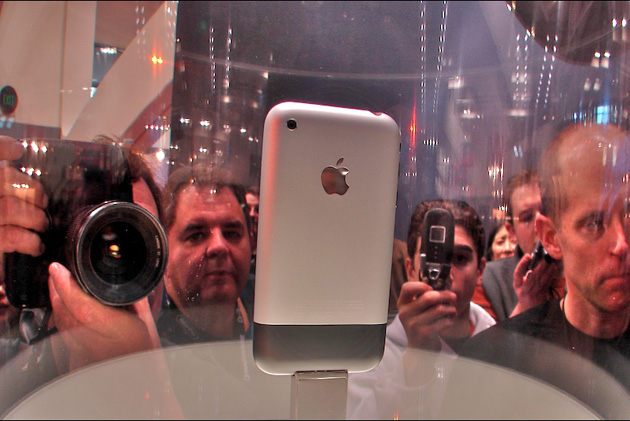 Oh, boy! Apple and Palm are going to fight each other on the playground after school. Such is how we have to present the coming Pre v. iPhone “showdown,” you know, because it’s far easier to present something as a “battle” or “war” than it is to merely explain what’s going on: two companies [will] have similar products available. But no! Bang the drums, sound the alarm, hide the women and children! Or, as might All Things Digital puts it, “Palm to Apple: Bring It.” I’m pretty sure The Rock used to say that to Triple H.

We like competition, as long as they don’t rip off our IP, and if they do, we’re going to go after anybody that does … We will not stand for having our IP ripped off and we’ll use whatever weapons we have at our disposal [to make sure that doesn’t happen]. I don’t know that I can be more clear than that.

Such bold, bellicose language! “We will not stand,” he says. “We’ll use whatever weapons we have.” We are talking about two phones here, right? I could have sworn Cook was talking about defending the English Channel or something.

To cut out the nonsense, childish metaphors: Apple wants to make sure that Palm hasn’t infringed on any of its patents in creating the Pre. (Several key Palm employees are former Apple employees.) That’s really all there is to this.