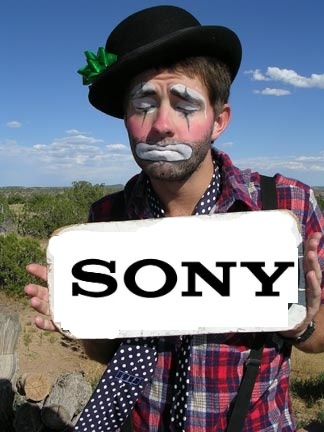 Richard Waters writes in the FT about how far Sony has fallen. Back in the day, a Sony product meant something – the only real analog to what they once were might be Apple (good products at premium prices that actually sold remarkably well). Buying Sony was like buying from Cuisinart: you were guaranteed something that not everyone had and that you would definitely enjoy. They had brand loyalty, charisma, and high tech wrapped up. Remember Auto Focus? All Sony gear.

Now? Not so much.

Sony is living in a commodified world. All of the things that they were once good at – TVs, video cameras, portable audio – are all either taken over by other brands or are simply commodity items in a crowded marketplace. The sheer fact that a company like Vizio could make and sell a cheap plasma TV and, more importantly, succeed, is a testament to this situation. People are happy to spend less on what they now know is essentially the same hardware, be it a monitor or a blender. Sony can’t quite crack the modern fixation on status brands like the iPod and probably never will.

Will we be living in a post-Sony society? No. Samsung turned itself around as did LG. It will take a while, but Sony needs to stop thinking Sony can run the market and instead run with the market by churning out consistently good products that people want to buy at prices that they would have scoffed at a few years ago.