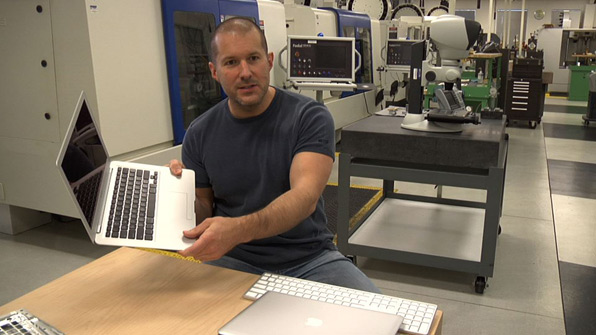 I was looking at this image of Jony Ive in the Apple R&D lab from the upcoming film about tech design, Objectified, and I spied something odd. Back in the corner there was some sort of weird device and, now, after doing a little digging, it seems that Apple is far more advanced than we originally assumed.

While I can’t quite make out what this guy does it’s clear that Ive owns a very early prototype of one of the on-board helper bots that assist the humans in the movie. Is Apple’s decision to go green because they know something we don’t? Is that why Wall-E starts up with the Apple sound? Can Apple staff travel in time? Perhaps we’ll never know.

Or perhaps we’ll know all to soon as we’re herded into space cruisers and shot into hyperdrive while hordes of Mac Minis clean up the Earth.

I’ve watched this damn movie about ten times now with my son. I assure you it’s the Apple sound.