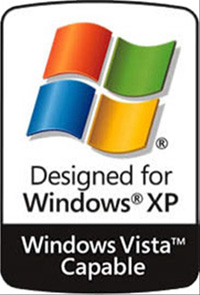 Here’s a tip: next time your company creates a snazzy marketing slogan make sure it isn’t misleading. Microsoft may be liable to the tune of $8.5 billion as a result of so many people buying “Vista Capable” PCs in the run up to Vista’s release in January, 2007. The problem is that, to the average person, “Vista Capable” means, “Hey, I can run Vista.” And you can, but only the most basic “this is Vista?” version.

That $8.5 billion figure is part of an ongoing class-action lawsuit filed against Microsoft last year. A whole series of document—“heavily redacted,” says Computer World—relating to the case was released yesterday.

How did the lawyers come up with $8.5 billion, which is approximately double Niger’s GDP (it’s random fact Friday, by the way)? Well, that’s how much they estimate it would cost to upgrade all those “Vista Capable” PCs so that they could adequately run a “premium version” of Vista. That amounts to 1GB of RAM and a graphics card capable of running Aero. Or, around $150 to upgrade each desktop and $245-$590 to upgrade each laptop. At that price, you might as well buy a new laptop, right?

As you might expect, Microsoft doesn’t exactly agree, saying it would be, essentially, giving people a free Premium PC even though they only paid for a non-Premium PC.

Oh, how Microsoft wishes they could just use that Men in Black mind eraser device so that we’re all, “What’s Vista?”