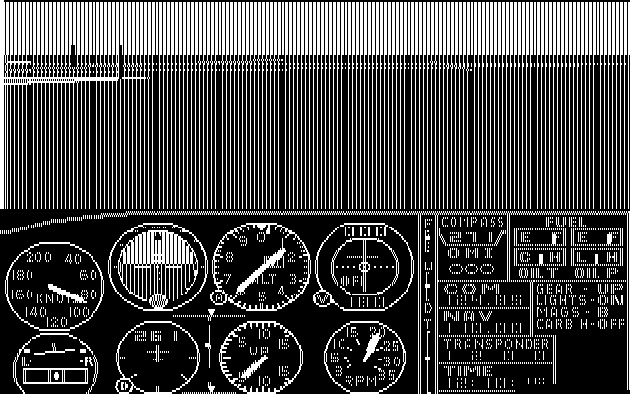 With the decimation of ACES Studios, Microsoft has, what, two big studios left under its belt? Lionhead, responsible for Fable II, and Rare, whose Banjo-Kazooie: Nuts & Bolts spent a fair amount of time spinning in my Xbox 360.

Microsoft Flight Simulator was first released in 1982. That up there is a screenshot, via the ol’ Wikipedia.

The latest version, Microsoft Flight Simulator X, came out in 2006, but will it be the last?