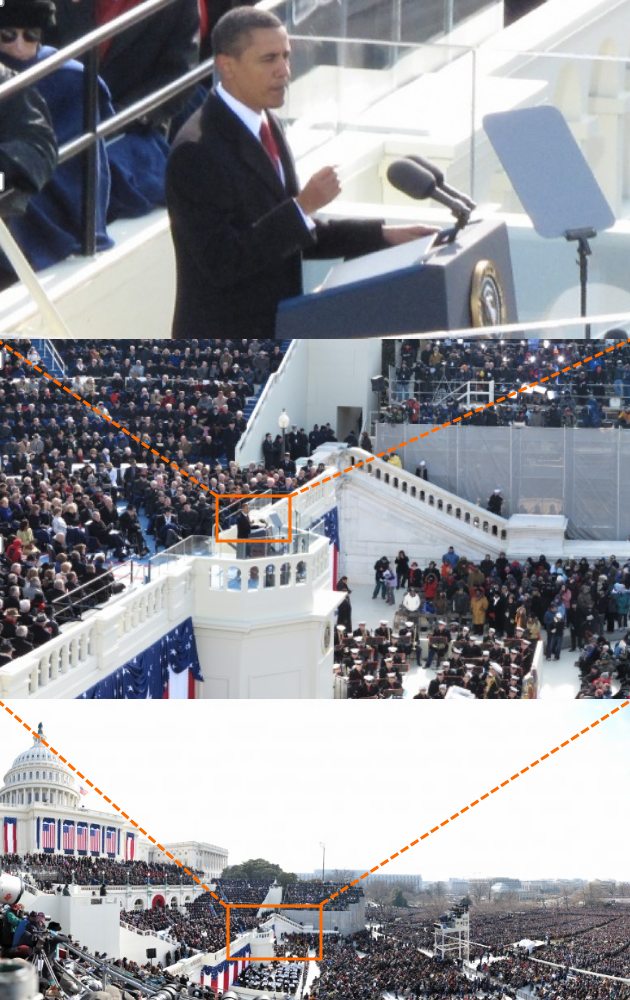 This enormous picture, taken by David Bergman, was stitched together from 220 images taken on a Canon G10 mounted on a Gigapan panoramic imager system.

I think it turned out extremely well (check out the full-screen), owing in no small part to the photographer’s skill, of course, but also the bright, flat light that illuminated the whole scene equally and shadowlessly.

Obviously what most people will do is zoom in on Obama, but if you’re looking to count the hairs on his head you’ll be disappointed; with a wide-angle lens at that distance, you get detail but not detail; fortunately plain ol’ detail is quite good enough for discerning all the other interesting things in the picture. And considering it’s a picture of probably 50,000 people viewable in close-up, can you find:

There’s lots of good stuff. You can’t download the whole thing, though, due to it being waaay too big.

[via Gizmodo and Cult of Mac]