A lot of experimentation with video advertising on the Web is going on these days. There are interactive overlays, contextual text ads, video-in-video, ads that take over the whole screen, and little icon bugs that crawl along the bottom. Nevertheless, the plain video pre-roll that mimics a traditional TV commercial remains the most popular, even though everyone knows it sucks.

Today, an Israeli startup called Innovid (see earlier coverage) is doing its part to help advertisers move away from the pre-roll with technology that allows for things like virtual product placements inside videos and turning entire surfaces into clickable canvases. In the demo video above, for instance, you’ll see different advertising effects projected onto the walls of a room, from a Pong game that you can play to a RSS feeds running across the baseboard as a ticker to funny creatures whose eyes you can move with your mouse. (The video above is not interactive, but you can check out the interactive features at Innovid’s homepage).

Innovid also has an ad gallery that shows other types of clickable ads its technology can create, such as interactive product placements, video billboards (basically another video running in a frame on a wall), bugs, overlays, and hotspots. Frankly, I don’t find these quite as exciting as the clickable canvas approach. The product placements just look cheezy and unconvincing, at least in the old 1950s video Innovid chose to demo the feature. But turning an entire surface inside a video into a 3-D interactive canvas could be highly engaging if done properly.

This would definitely work for pure video ads that encourage interaction. It would be harder to pull off for a Web video show, but would be possible if a video was shot with enough blank spaces where ads could be inserted. 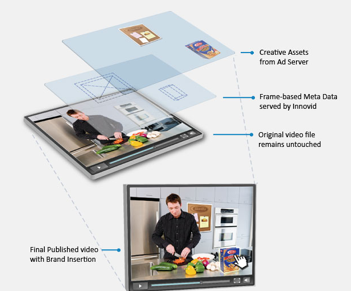 The technology could also be used eventually as a way to add an interactive layer to any video. However, the company is focusing on advertising opportunities first. Innovid offers both the ad server to place these ads and a dashboard to allow advertisers to keep track of mouseovers, clicks, and every other interaction. Innovid essentially places a frame over the original video where the interactive ad resides, complete with metadata. That extra layer makes the ad slots reusable and interchangeable, so different ad campaigns can be run in the same video over time, just like on a Webpage. 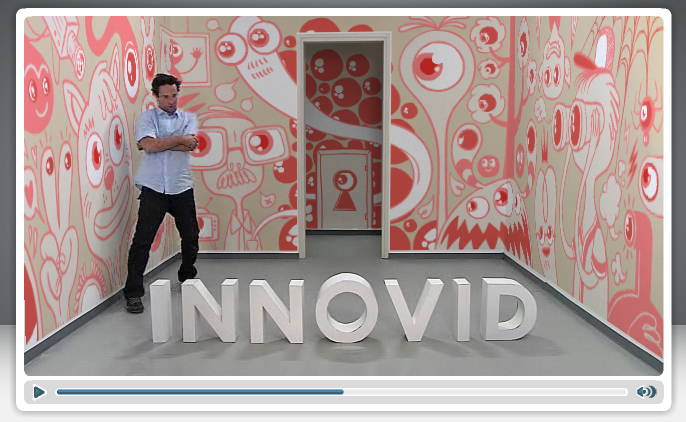 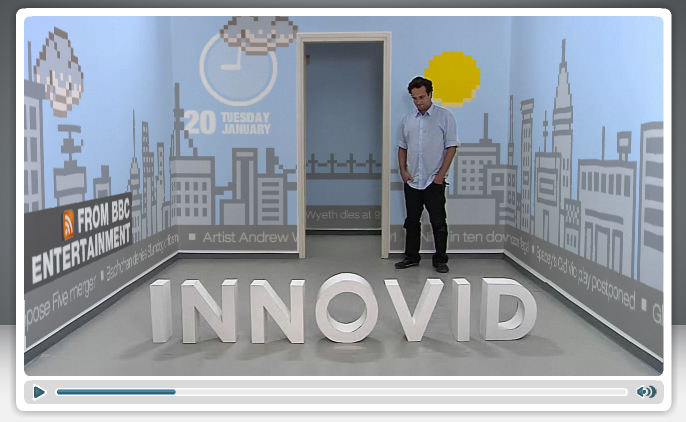