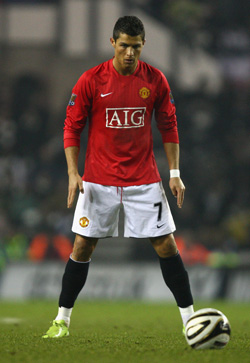 The suits over at the EPL have begun pestering the UK government with the hope of making Internet Service Providers responsible for policing their subscribers. The implication is that sending cease and desist letters is a punitive enough action. You [the EPL] send a letter to one ISP, the ISP rats out its subscriber, then the subscriber simply goes somewhere else. It’s cat and mouse, and the EPL is tired of it.

The EPL is afraid that people will cancel their Sky and Setanta subscriptions (or whatever channel you subscribe to to see City go down with a billion on the bank) because they can watch all the games, for free, on Ustream. (That’s how I watch games not on Fox Soccer Channel; I don’t have Setanta Sports, and the Carling Cup isn’t compelling enough to hand over an additional $15 a month.) If enough people cancel their subscriptions, Sky et al. can’t as easily bid billions of pounds for the broadcast rights. With no broadcast money rolling in, the EPL, all of a sudden, becomes a league with a only few wealthy foreign owners (namely Chelsea and Manchester City) and the rest living off their parachute payments. No money? Good luck convincing the likes of David Villa and Gioluca Buffon to trade the easygoing Continental lifestyle for rainy England.

In summation, the EPL is angry that you’re watching Everton draw level with Liverpool for free online. Enjoy it while you still can!