Ah, the Tokyoflash watches. We’ve covered them time and time again here on CrunchGear, yet I’ve never personally written about them since I haven’t had any experience with them yet. Well that all changed a few weeks ago during CES.

Greg: (stares at wrist for two minutes) “I have no idea.

The outer green dots look like this and the innermost ones look like that and then the ones in the middle move around like so, which means… I have no idea. Don’t you have your phone on you?”

I believe he was sporting the Tokyoflash Rogue (above left), which promises that…

“Once mastered, navigating the time is simple, but creates a sense of mystique to the uninformed. The outer ring of small dots represents minutes, every fifth dot being slightly smaller to distinguish five minute groups. The ring of large blocks represents rough minutes, the position of the gap indicating approximate minutes. The inner ring of blocks represents hours, the position of the gap in the ring showing the current hour as on a clock face.”

… “Once mastered” being the most important, yet overlooked part.

Thankfully, the new Keisan watch looks a little easier to read, although you’d better be ready to add small numbers together. A series of four LED strips, each containing numbers one through five, illuminate in various denominations to give you the hours and minutes. 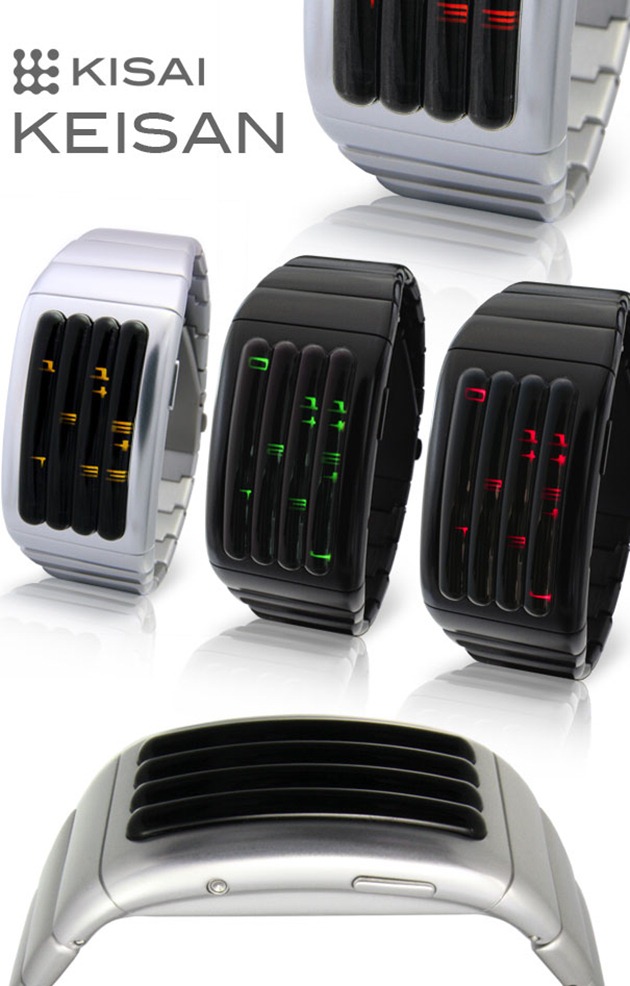 The watch itself is made of high-grade aluminum. There are four color combinations available, all priced at $255 (and one cent).