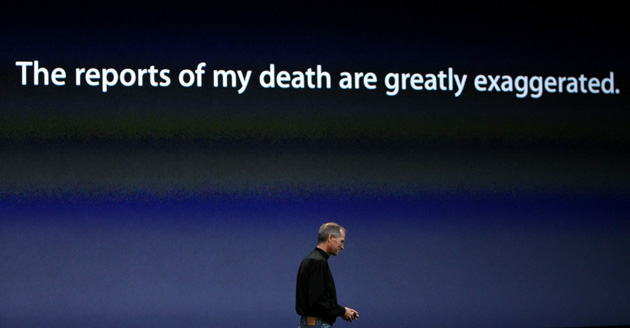 It looks like the Security and Exchange Commission is looking into Apple’s handling of the whole Steve Jobs health situation. If it’s found that Apple deliberately mislead its investors over the status of Jobs’ health then Apple could well be in a spot of trouble. Well, so says Bloomberg, whose Web site is straight out of 1996.

Know that just because this “person familiar with the matter” says the SEC is looking into this doesn’t automatically mean that the SEC has seen any evidence of wrongdoing. Rather, it’s that the SEC wants to be seen as being proactive here, that it’s looking out for the little guy, that is, the everyday Apple investor. Bloomberg even quoted a Duke law professor as saying that the SEC may be trying to make good, given its horrendous handling of the Madoff scandal.