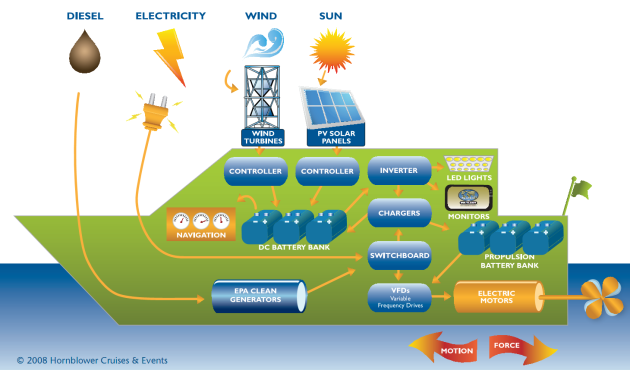 The Hornblower Hybrid, as it is called, is a one-off ferry made to service the Alcatraz route. Normally when companies want to “go green,” they stick a solar panel on top, add a recycle bin and they’re done. It looks like these guys have gone the whole hog, however, an d have not only retrofitted the engines but redone the interior and replaced, they say, 90% of the thing. 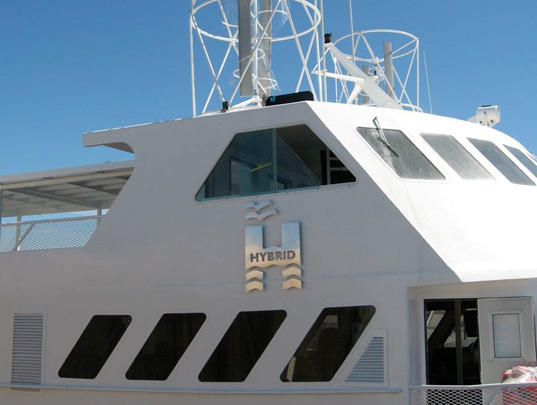 It’s not powered entirely by wind and solar, of course, but it’s constantly storing power in a couple big 380V batteries, which can power it for a short time or while its two semi-clean diesel engines are idling.

The interior is made of a ton of recycled materials and uses LED light fixtures. The signs are printed on “Plyboo,” which sounds a lot like what the orcs said to you in Warcraft 2 if you clicked on them a lot.

[via Inhabitat and Ubergizmo]