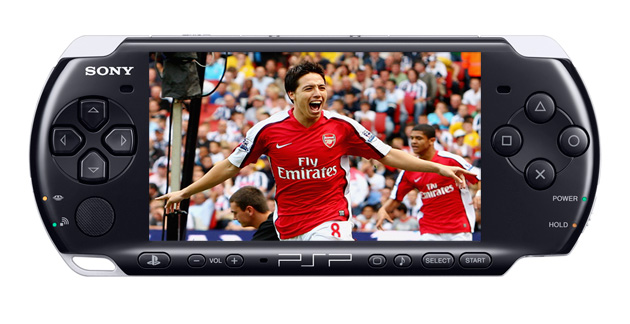 English football team Arsenal FC will experiment with Sony PSP-delivered instant replays before the end of next season (May 2010). The system, which will also allow Emirates attendees to view the game playing before their very eyes on the PSP (different camera angles and the like), has been in the works for a little while now. It’s also the first scheme of its kind. Good for Arsenal.

Sony developed the application for Arsenal with the idea that it’ll provide fans with bold new ways to enjoy the game. Sony says that the program could even be used to create in-game groups. I don’t know, maybe groups like “Go back to France, Gallas” and “Don’t go to Real Madrid, Wenger.”

That’s one way Sony could promote its PSP, link it with the world’s most popular sport.