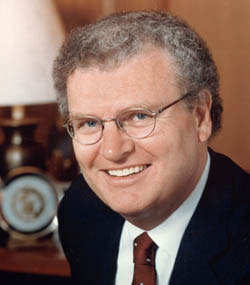 Sony brought in Sir Howard Stringer, a peer of the realm, a few years ago to help turn Sony around. The results, as you’ll note, have been less than staggering. Now, however, Stringer is really going to get the job done and will trim 16,000 jobs and restructure the company in order to bring Sony back to the great heights from which it has fallen.

The past decade has been hard on Sony. XBox ate their PlayStation lunch and “cheap” has supplanted “good” in the minds of consumers, thereby reducing Sony’s value considerably. Sony has always been synonymous with quality but now that quality doesn’t matter, where does Sony fit?

The biggest problem has been the slow acceptance of Sony’s Japanese employees to a turnaround. While Japanese workers expect a “job for life,” Stringer can’t spare from the firings lest he be seen as favoring Asian employees over those in the rest of the world.

“We used to get the message: ‘Make a high-quality product’. Now we don’t know what we should be doing, except maybe not spending any money,” said one engineer who has left the company.

Friends, Sony may not be long for this world, at least in the way we remember it. As you’ll recall, LG is actually Lucky Goldstar, a brand that became synonymous with junk. Maybe Sony needs the same shock treatment.