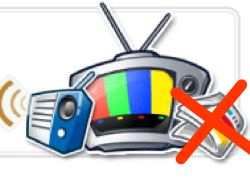 Google’s dreams of world domination may be dwindling (at least its dreams of ruling the advertising world). Today, it announced that it will no longer be selling print ads in newspapers. (Yes, Google sold contextual ads that appeared in 800 papers. It also sells radio and TV ads). In a blog post, Spencer Spinnell, Director of Google Print Ads, writes:

While we hoped that Print Ads would create a new revenue stream for newspapers and produce more relevant advertising for consumers, the product has not created the impact that we — or our partners — wanted. As a result, we will stop offering Print Ads on February 28. For advertisers who have campaigns already booked, we will place their ads through March 31.

We launched our Print Ads program with 50 newspaper partners in November 2006 and, with the cooperation of our partners, were able to expand the network to include more than 800 U.S. newspapers.

Man, newspapers can’t get a break. Even Google won’t subsidize them.