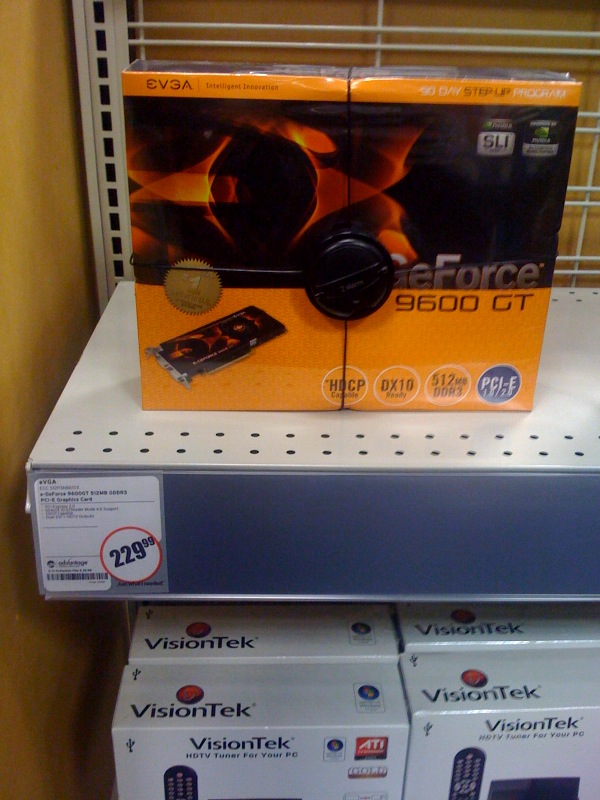 I started this rant last night and kind of realized it didn’t make much sense. However, eagle-eyed reader SteveJabs headed down to CC and confirmed my suspicions: there are no deals to be had at Circuit City.

I thought I would meander over to the City of Circuits today and see what all was going down with this “blowout selling.” As predicted they are screwing people over on many things but I decided to highlight on the two biggest I found right away. The first one I noticed when I walked in was the following, it is an EVGA 512Mb Geforce 9600 GT card. It is priced at $229.99 with 10% off making it an even $270. That raised flags to me. Hell, you can buy a GTX 285 for less than $100 more on Tigerdirect. Anyways, here attached is the picture backing this up. And here is the same damn card on B&H for $132.50 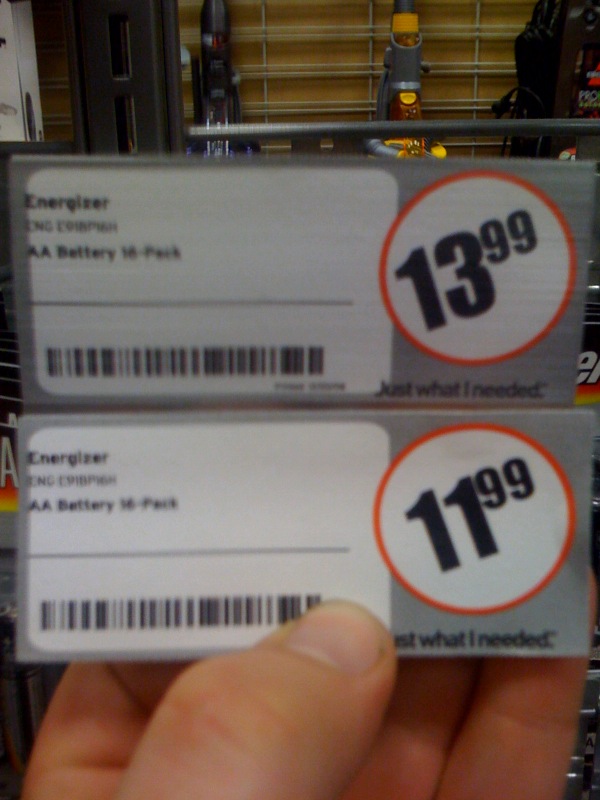 The second thing that my roommate noticed when we went to the battery rack is that they are charging different prices for the same exact Energizer 16-pack of AA batteries and absolutely REFUSED to accept the lower marked price. I attached another picture showing this. It’s really tough to read the model numbers since i took the picture on my iPhone. Apple sucks like that sometimes. Anyways, you can see that the model numbers are the same. I’ll go back and take another picture if need be. But they refused to accept the lower price. Either way I just went to radio shack and got a 20pack of duracell batteries for 10 bucks.

Here’s my take: Electronics pricing is flat. Although we may be in the worst depression since Vlad the Impaler began tearing the heads off of his fiscal enemies, electronics still cost the same. Online pricing has made running a big box store pointless. Maybe you’ll get some loss-leader deals at the front of the store – a DVD player for $50, for example – there is no reason for Best Buy to sell components. The liquidators can actually make more money selling online later than selling in stores. It’s this sort of rapacious behavior that got CC into this mess in the first place.

I feel for the folks who worked at Circuit City, I really do. But there’s no reason to visit the store anymore, for deals or otherwise. Let it go away. There are plenty of places we can go for electronics where quality and price are at least on parity.