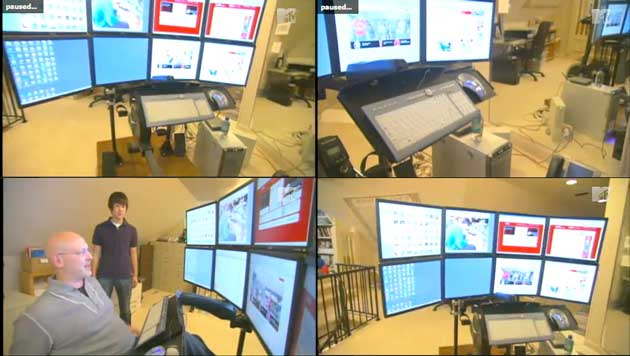 Scott Jones, the CEO of human powered voice/sms search engine ChaCha (our recent coverage), has one of the awesomest computer setups I’ve seen.

It can be seen, along with everything else in his house, in this MTV Teen Cribs video (also embedded below) that focuses on his fifteen year old son. For the computer, jump to the 3:25 mark.

They don’t say anything about the processor, but the guy has an eight-screen (Dell) setup and stationary bike pedals to get exercise while working.

To get more details, I’ve sent a text message to ChaCha asking for the hardware specs (they love answering random questions). Their tagline is “answers to anything, on the go” so this should be no problem. Alas, it’s been ten minutes and there’s no response. I’ll update later if they do.

Thanks for the tip Shawn.

Update: Ok, ChaCha’s awake now and talking to me. No answer yet but I’ll add screen shots of messages as they come in. 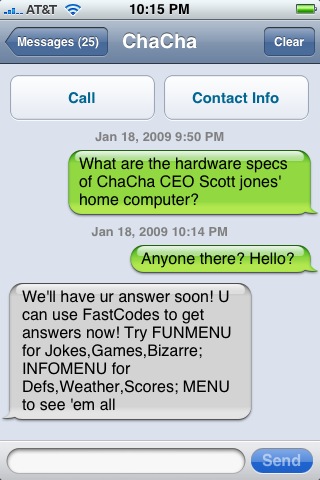 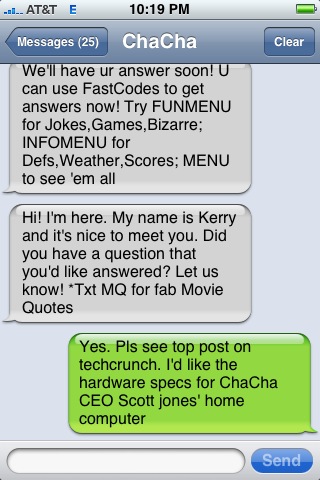 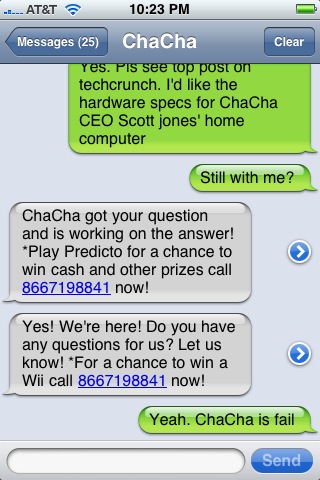 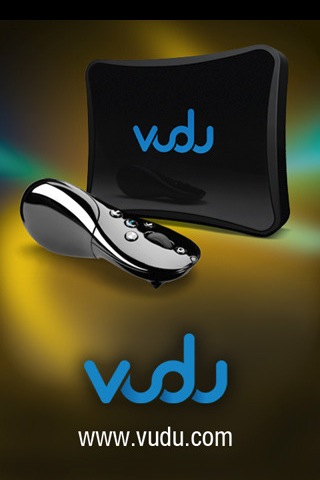