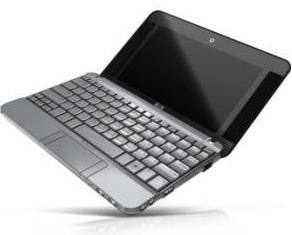 Looks like HP is gearing up for a 2009 chock full of Mini-Notes. According to DigiTimes, we’ll see at least three or four new models doled out between February and June.

The Mini-Note 2140 is expected first, sometime in February for under $600. It’ll feature a 10.1-inch screen with a 16:9 aspect ratio and will be targeted at enterprise markets.

Then we’ll apparently see an 11.6-inch version sometime in the second quarter, followed by a 13.3-inch version in June.

The June model may or may not be the 2150, which is reported to have a built-in 3G connection. So we’ll either see two new Mini-Notes in June or DigiTimes is referring to the same model in this article when they mention the 2150 "at the beginning of June this year" followed by "a 13.3-inch low-cost model in June" in a subsequent paragraph. I’m guessing it’ll be two distinct models, as "low-cost" and a built-in 3G connection rarely show up at the same party.