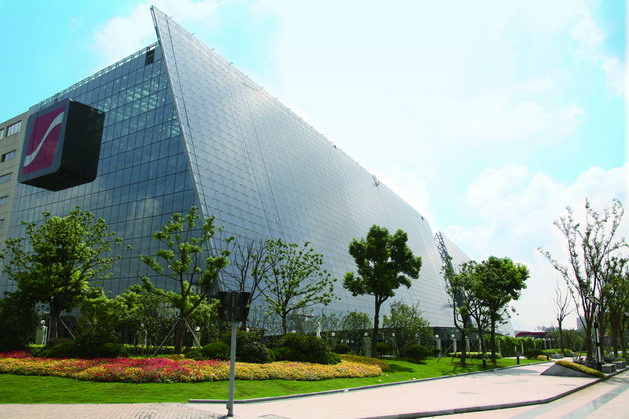 Suntech also opened an new headquarter in Wuxi, Eastern China (pictured). The main building (18,000 square meters) has a 1MW grid-connected solar facade, which is the largest number in the world. Over 1 million kilowatt hours of electricity are produced by the 2,552 semi-transparent solar panels, saving over 600 tons of carbon dioxide emissions annually.

Suntech is the world’s largest solar module maker and was in the news earlier this week for having laid off 10% of its 8,000-strong global workforce in the last quarter of 2008.