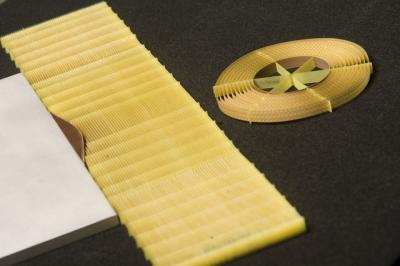 Researchers at Duke University have hit another milestone in the creation of a so-called “cloaking” material which would bend electromagnetic radiation around whatever object it surrounds. Of course, this isn’t mad-scientist nonsense but real materials engineering, so they’re going step by step, not by eureka-style leaps and bounds. And like most real scientific advances, a demonstration like this means that whatever very specific applications there are for the technology are still years away.

That’s not to play down the importance of the work, but to head off fanboys hoping they’ll be able to hit a button and then go undetected into the ladies’ room. 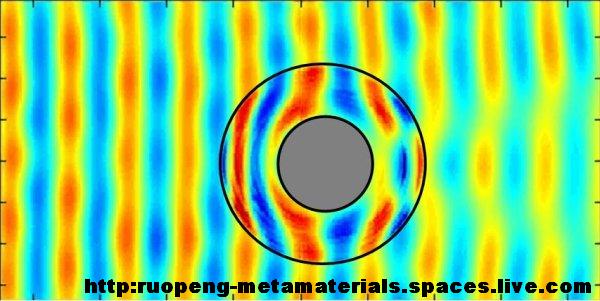 The material they’ve designed “uses transformation optics, in which a conformal coordinate transformation is applied to Maxwell’s equations to obtain a spatially distributed set of constitutive parameters that define the cloak.” I don’t understand it either, but I think what they’ve done is make a custom cloak made of thousands of smaller custom bits of “metamaterials” which bend radiation (in this case of the 13 to 16 gigahertz range) along the outside of the object to be cloaked. So it’s not a “one size fits all” cloak but a custom one, which was to be expected really.

Smith, the head of the research team, described the cloak as a sort of artificial mirage — the shimmer of heat obscuring the road ahead is essentially the same thing, except occurring naturally. These materials make it happen artificially. Although the previous version of the cloak was limited in the frequencies it could guide, Smith says:

The new device can cloak a much wider spectrum of waves — nearly limitless — and will scale far more easily to infrared and visible light.

The money for the project is coming from a plethora of organizations, including China’s NSF, the Air Force, and Raytheon. So you better believe this stuff is going on stealth bombers before you get one in which to go sneaking around Hogwarts.