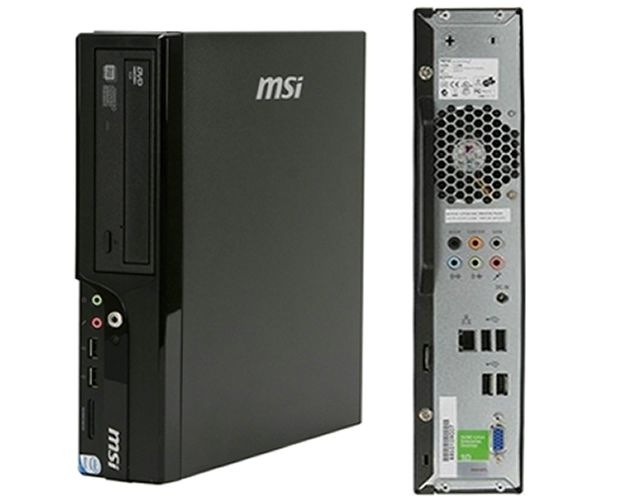 MSI has announced the Wind NetTop D130, making it the first manufacturer to feature a dual-core Atom 330 CPU in a mini system. The company claims that the system will pay for itself within two years, too, based on how energy efficient it is. No reason not to buy one, right?

The D130 features what MSI is calling “Nordic simple style.” As someone who’s Nordic, I’m both befuddled, amused, and… well, befuddled and amused oughta do it. According to MSI, “the cold color lets Wind NetTop D130 exudes a full, simple Nordic style.” That’s verbatim, too. I left the grammatical errors in tact.

I’m guessing someone at MSI was like, “Cold color… Nordic places are cold… we’ll make it one color, which is simple, and we’ll make that color black, which is cold… ergo – and let me check my Taiwanese to English dictionary here – ah, ‘Nordic simple style’… perfect.”

Anyway, it’s a black box that looks like it may or may not be able to blend in with the rest of the stuff surrounding your TV. Whatever the case, the D130 will likely run very cool and quietly (30db) thanks to the relatively low-powered CPU and MSI’s use of passive cooling technology.

Despite its lightweight demeanor, the computer should be able to handle most day-to-day media consumption with 2GB of RAM, a built-in DVD burner (no mention of Blu-ray), 7.1-channel sound, VGA out, and support for HD video playback.

The thing will be cheap, too, when it’s released – like under $250. It appears to be available in Taiwan right now, but there’s no word yet on when we’ll see it here in the states.