Although Google keeps gaining search engine market share, people’s loyalties are far from locked in. J.P. Morgan Internet analyst Imran Khan recently conducted a survey to see if Web consumers would be willing to switch search engines. He found that 62 percent would. The biggest reason that would cause them to change? Better search results (45 percent of all respondents said this would make them switch, and 48 percent of respondents who use Google as their main engine).

The responses, in order of popularity:

I’ve recreated the poll below so that you can take it. J.P. Morgan’s poll was only among 766 U.S. residents. We can probably do better than that.

What Would Make You Want To Try A New Search Engine?
( polls)

Here are some more results from J.P. Morgan’s poll, including the demographics of different search engine users. Google attracts both the wealthiest (70 percent of people with incomes greater than $100,000) and the youngest serachers (67 percent of people between 18 and 41). 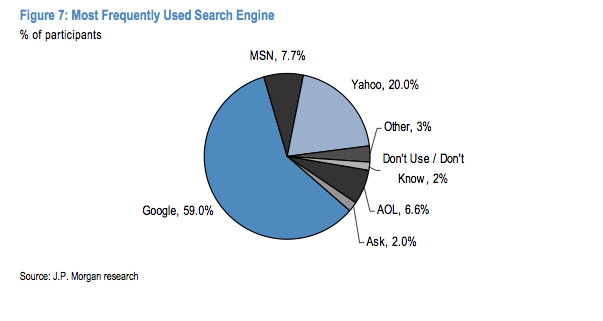