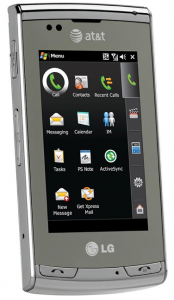 If you’ve been under a rock for the past month you might have missed the news about the AT&T Incite, a phone. Well, that phone is now going to be recalled due to some software problems so if you bought one you’d best get thyself to the AT&Tery.

Mobility Today has some original documents describing the recall.

We received some information that the LG Incite has been recalled due to a software issue. Apparently those who were SMS’ing were getting errors reported back to them telling them they cannot send the message. Apparently those who buy from Best Buy must take a closer look to see if they have a blue dot on their box showing them those units are ok and fixed..