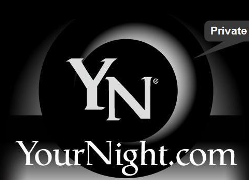 There’s not a lot of information to be found about YourNight.com, a currently invite-only portal that’s slated for launch this quarter, but the information we’ve received about its parent company Extreme Enterprises raising a relatively small amount of cash for a valuation of tens of millions of dollars made us curious, so we looked a little closer.

Here’s what we know about the service: YourNight.com will be publishing “dozens of internal search engines in an array of online services located within one portal”, and ultimately hopes to give “every person and business in the world a free web presence, multiple free search engine placements, free advertisement, and free entertainment from TV, radio, email, chat, games, networking, dating & more …”

The company is certainly ambitious enough, openly boasting about becoming a serious threat to “companies such as Google, Yahoo, MySpace, eBay, Amazon, Yellow Pages, Microsoft and several more” and billing itself as “The World’s Largest Interactive Entertainment, Information & Shopping Search Portal”. Last December, EEI even put out a press release about receiving a $30 million valuation based on a stock purchase to the tune of $180,000 for 0.6% ownership made by PlanLogix, a software development company that’s going to be working on YourNight.com. Since its inception in 2004, EEI has reportedly raised over $2.5 million in private equity investments, both cash and in-kind, still according to the release.

A couple of familiar names pop up in the story as well: one of the investors is Mike Alstott, the recently retired Tampa Bay Buccaneers Super Bowl champion and six-time Pro Bowl star. George Wendt, that would be the actor who portrayed Norm in the sitcom “Cheers”, is a family member to the founder of EEI and is expected to be endorsing the company, with the terms still in negotiation. Then there’s attorney Ken Keefe, a former U.S. Diplomat and ex-President of Eupen Cable USA who will be assuming the role of President / CLO for the company.

And then there’s this bizarre gem, straight from the press release:

EEI recently announced its nationwide search for a CTO. Starting from the top, EEI has contacted Aber Whitcomb, current MySpace CTO, as well as Sean Parker, Founder of Napster and Former President of FaceBook. “No offers have been agreed upon yet so the search continues”, says EEI CEO RJ Garbowicz.

The press release also states that the company will ‘let its purpose and presence be known’ as soon as they reach their goal of raising a Series A capital round of $10 million.

We’re very curious about the upcoming launch and future of this one.