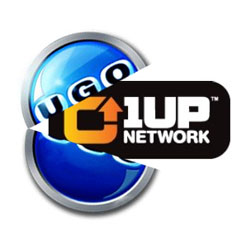 Hearst Corporation unit UGO Entertainment has agreed to acquire 1UP.com, a property attracting a gamer audience along with its associated sites including GameVideos.com, MyCheats.com and GameTab.com. There had been rumors about a pending acquisition for a couple of weeks (more specifically, reported by Joystiq), but yesterday evening the company released the official news.

The acquisition deal is structured as an asset purchase between UGO Entertainment, which itself was acquired by Hearst Corp back in July 2007 for a reported $100 million plus, and the Ziff Davis Games Group who owned the 1UP Network. Sadly, the acquisition also meant a number of lay-offs at 1UP, with the ‘1Up Yours,’ ‘1Up FM’ and ‘1Up Show’ podcasts being terminated.

In addition, Ziff-Davis has made official the closure of gaming magazine Electronic Gaming Monthly. Its January issue will be its last after nearly 20 years of publication, so it’s going in the deadpool. The demise of print media continues.