Video recommendation engine ffwd has just released its completed API to developers, allowing them to incorporate some of the service’s core functionality into their sites.

Using the API, developers will be able to make calls to ffwd for video content, and will also be able to incorporate ffwd user profiles and news feed items into their sites. In conjunction with the release, ffwd has also announced that Boxee, the widely acclaimed media hub that runs on devices like the Apple TV, will be incorporating its service in future releases using the API. Developers interested in using the API can apply here, and will be able to use it for free for now (though it will eventually have an as-of-yet undetermined licensing fee).

Besides the API, ffwd has also recently released a number of new social features, including the ability to post video suggestions directly to Twitter using a bookmarklet.

ffwd presents users with a “channel” of online video, and allows them to skip to the next clip by hitting the ffwd button whenever they’d like (it’s like channel surfing, but for the web). Based on which clips are skipped, the service uses an advanced algorithm to personalize the channel. For more on the service, check out our introduction article here. 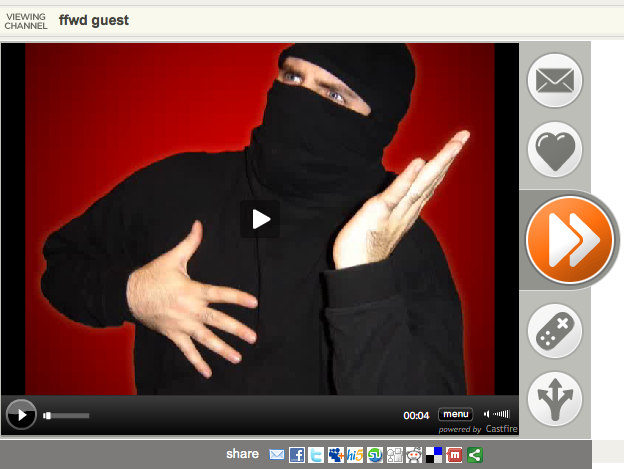