We’ve seen Fennec in an early form before, but apparently the new alpha is much more featured, and the promises being made for Mozilla’s mobile browser are going to really shake up the scene if they follow through. 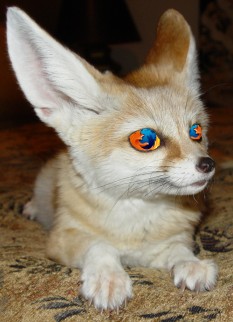 Mobile browsing is getting better and better, although my G1’s built-in one is too slow, Opera Mini is a little weird, and Safari is too limited. Firefox aims to hit all three where it hurts, being fast, easy to control, and open to expansion. Add-ons for Firefox are supposed to work for Fennec eventually, which sounds fishy but would be totally awesome.

Mozilla is looking at a major release for as many mobile platforms as possible, including things like e-book readers. How sweet would it be to have a full-featured web browser on a Kindle or eReader-type device? Hopefully that’ll happen sometime in the next 6 months.